The long list of unique properties for graphene and 2d materials have been the major driver for intense scientific research. Interestingly, it is this same list of unique properties that have also been the justification for the advances in technological applications. And this led to skyrocketed expectations that flatland applications will become the next disruptive technology impacting several cornerstones of our society.

Graphene does indeed enable a wide range of applications. For example wearables that are flexible and transparent, and new types of cameras and sensors surpassing human capabilities. But graphene is also capable of enabling faster data-communication for faster internet and faster computing, as well as flexible super-batteries, flexible displays, and so on.

However, the true killer applications may come from an unexpected corner and the crucial material properties for an impact on society may be completely different than what drove the initial scientific interest.

One fact is evident: the momentum of graphene research and technology development at universities and industries is moving at an unprecedented pace. And as a catalyst for the commercial development of graphene applications and to encourage start-ups to take a chance on graphene, the European Union has created a unique 10-year, 1 billion-euro research fund called the Graphene Flagship.

In this talk, recent progress in the context of potential applications for high societal impact will be highlighted with a critical reflection on realistic prospects. 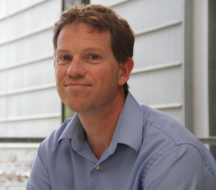 Prof. Frank Koppens obtained his PhD in experimental physics at Delft University, at the Kavli Institute of Nanoscience, The Netherlands.  After a postdoctoral fellowship at Harvard University, since August 2010, Koppens is a group leader at the Institute of Photonic Sciences (ICFO).  The quantum nano-optoelectronics group of Prof. Koppens focuses on both science and technology of novel two-dimensional materials and quantum materials.

Koppens has received four ERC grants, the Christiaan Hugyensprijs 2012, the Premis Nacional de Reserca, and the IUPAP young scientist prize in optics. Prof. Koppens is leader of the optoelectronics workpackage of the graphene flagship (1B€  project for 10 years).

In total, Koppens has published more than 60 refereed papers (H-index 38), with more than 30 in Science and Nature family journals. Total citations >10.000.

The need for achieving more flexibility, higher capacity, programmability and embedded cognition at reasonable extra cost in future optical communication networks, is one of the immediate consequences of the overwhelming developments of real-time person-to-person and machine-to-machine interactions and online services. These features are expected to be introduced in the coming years with the emergence of:

Since this progress impacts different tiers of the Internet backbone—and by now optical-based solutions have penetrated all of them—new optical networking solutions must be introduced in every tier/network segment to keep with the pace of these new developments.

The Elastic Optical Networking (EON) paradigm has been one of the first proposed solutions to cope with the forecasted traffic increase and variability by intelligently managing the resources. EON circumvents the scarcity of resources in current fiber infrastructure by devising new solutions (e.g. bandwidth-variable super-channel transceivers or Flex-grid Reconfigurable Optical Add/Drop multiplexers (ROADMs)) that enable more efficient utilization of resources by increasing the amount of data transmitted per unit spectrum. Even though EON has been a successful solution and the introduced technologies are already commercially available and deployed in different segments of the Internet backbone (from metro to backbone networks), the fundamental spectral efficiency limit of standard single mode fiber (SMF) is rapidly approaching the Shannon capacity limit of a communication channel. To cope with this looming capacity crunch, space division multiplexed (SDM) based optical networking has been proposed as the ultimate solution, relying to a certain extent on the rebuild of the infrastructure (i.e. new fibers, transceivers, switches, and amplifiers). However, we believe that different flavors of SDM will be required for the different segments of the Internet backbone, and this point will be discussed in our talk. In particular, there are several open issues that need to be addressed in order to make SDM a financially and practically favorable solution to be exploited:

By studying these questions and understanding the benefits and drawbacks of different SDM solutions, we can draw conclusions on the path for commercialization and real field deployment of SDM networks.

Even though the idea behind SDM can be somehow orthogonal to the one behind the EON paradigm, we should emphasize that, in a long-term horizon, not only will EON or SDM revolutionize the Internet backbone, but also their combination, for which a name has already been coined: Spectrally-Spatially Flexible Optical Network (SS- FON). The emerging SS-FONs will become a reality following the development of new technologies (mainly transceivers and ROADMs) capable of manipulating all spectral and spatial resources, and flexibly assigning them to serve the incoming connections in a resource efficient and cost-effective way.

In this talk, building upon the experiences gathered from several successfully finished and currently running EU projects addressing the above-mentioned topics, we will outline the recent achievements in the realizations of SS- FON solutions, but new emerging solutions will also be discussed. In addition, the opportunities/challenges for the deployment of SS-FON solutions in different segments of the Internet backbone (e.g. short haul, metro, long haul, DCI, 5G front-haul, etc.) will be presented, and the areas in which new research should focus will be discussed.

Dr. Ioannis Tomkos is with the Athens Information Technology Center (AIT) since 2002, were he serves as Research Director on High-Speed Networks. Before he was Senior Scientist at Corning, USA and Researcher at University of Athens. He is/has been Adjunct Professor at Carnegie-Mellon, University of Cyprus and University of Arizona. At AIT he manages a team that participates/ed in many projects (over 25) with a consortium-wide leading role (including Technical Manager of 9 major EU projects). Based on his innovative ideas, he has received funding in excess of 8.5M Euros (among the top performers in terms of attraction of funding within EU). He was elected Fellow of the IET (2010) and OSA (2012), while he was also named “Distinguished Lecturer” of IEEE Communications Society (2007). He has co-authored over 600 journal articles & conference proceedings papers. He is the co-recipient of the 2014 IEEE/OSA Journal of Lightwave Technology (JLT) Best Paper Award. According to Google Scholar he has received over 6700 citations to his published work (h-factor=40; i10-index=163 ). He has over 375 entries at IEEEXplore and more than 30000 reads of his articles at ResearchGate (one of the most published and read Greek authors in the field of electrical engineering and among the top worldwide on optical networks). He served as the Chair of the "Optical Networking"​ Technical Committee of IEEE Communications Society and a member of the IEEE ComSoc’s Technical Activities Council. He was also Chairman of the IFIP Group on “Photonic Networking” and the Chairman of the "Optical Communications"​ Group at OSA. He has been Chair or member of the organizing committees for major conferences in telecommunications/networking (more than 150). In addition he is/was a member of the Editorial Boards of IEEE/OSA Journal of Lightwave Technology (Deputy Editor), the OSA/IEEE Journal of Optical Communications & Networking​, etc. At the moment, he is co-editing thenewSpringer Handbook on Optical Networksthat will become available in 2018.